The internet has become a wellspring for disseminating information to the world, but many governments who seek to deny the free exchange of information are taking great strides to censor the internet. The most common goals of censorship are to either suppress opposing political speech or speech that is contrary to the views of the controlling religion. There are various ways in which a government may censor the internet, and some are quite barbaric.

Many countries, especially theocracies, are very careful about what information may pass through to the people. All internet access in Saudi Arabia is routed through a single proxy farm, and that is then connected to the web. With the control of this proxy farm, the state will censor topics that are contrary to the views of Islam, mostly pornographic content and homosexuality. They also block any sites that oppose the government or support Israel. China also filters access through proxies, but rather than simply stating that the site is blocked, they disguise the blocking as technical problems.

Belarus has been known, especially during elections, to actually hack into opposition websites and either change or disable the sites. In 2006, just before the March elections, several websites critical to the incumbent president disappeared until the election was over.

Close Monitoring of the Internet

Saudi Arabia, Syria, Egypt, Tunisia, Turkmenistan, and Iran all allow internet access but everything accessed is monitored, and all e-mail is subject to inspection. Most content that opposes the government will either be blocked or will be deemed illegal to access. Anyone found guilty of accessing or producing subversive content may be jailed, often times for many years. In Tunisia, internet dissidents have been known to be tortured.

All the steps taken by nations, especially arresting and torturing people they view as offenders have the effect of encouraging people to avoid sites deemed inappropriate, and some countries go even further. In Iran anyone who subscribes to the internet is required to sign a contract which includes a statement where the user agrees not to access anything deemed immoral, including pornography, non-approved politics, and non-Islamic religions. The fines associated with breeching these contracts deter many from accessing the sites.

Censorship is rampant, and as the internet grows in breadth and content, countries that already fear the dissemination of information will go to great strides to prevent their citizens from becoming informed. Some of these tricks are creative and some are brutal, but anytime a government fears the internet, the citizens should fear their government.

If you are planning to get your website online, then you might need a best web hosting service…

Prince of Persia in Real Life

Prince of Persia is most popular video game franchise created by Jordan Mechner, originally developed for and released… 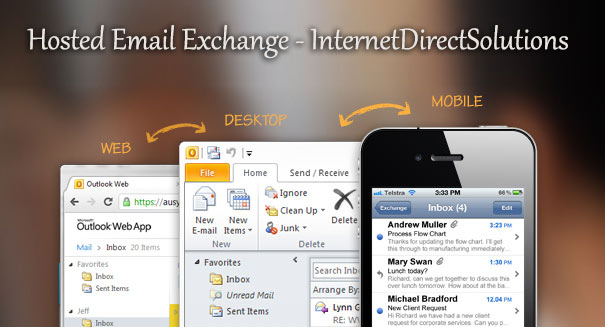 For a businessman, be it of a large firm or a small one, email services are very important.…