How Google Hummingbird Algorithm is Changing the Content Game

Google has announced Hummingbird algorithm update which is the biggest since the Caffeine update of 2010. In fact, it is bigger than any update Amit Singhal could remember. This can be seen as a separate incident or as a continuation of what Google is doing for a long time, a sincere effort to present better search results to the user. Google itself is going through lots of modifications to embrace what they preach. Even if you see the commercials of Google, where they represent themselves as the ultimate information mine.

If you want a comparison, Google is for information what Microsoft is for operating system or Apple is for devices. Despite critics, all these three companies have hold their fort without much trouble. The newer Google updates are targeted towards only one thing, Google wants to give you all the information you want and plenty more which they think are associated or might come handy for you.

What are the key takeaways from the Google Hummingbird Algorithm update? There are at least three major points to memories.

Two years ago, we saw a shift in favor of meaningful content. Google slowly ditched the direct keyword optimization. The search engine tried to become more intelligent and humane. For every search query typed, Google tried to guess what the user’s intent might be or what type of results the user might want to see.

Based on its own understanding, Google tried to come up with those results as well. The contextual linking has gained enough prominence and users are getting more personalized search results depending on platform, device, location and other factors.

Hummingbird is taking this issue further. The interpretation of search queries in one issue Hummingbird wishes to address. Google is shifting the importance from keywords to user intention. Understanding conversational search, which means the search query will come more like a natural language sentence is a major emphasis in this update.

I think we are saying the same for 2 years now. But this time it is slightly different. This time the content must match the complex conversational search queries and evolve as the most relevant piece of content.

The sites which are hosting contents biased towards answering a complete question, as one might be asked in a natural language, are positioned better than those who are trying to optimize itself for keywords. Apart from hosting great contents, sites must be smoothly designed too so the Googlebot can find the content easily.

As content is the most important factor, no wonder Google Authorship will become even more important? This update came at a juncture when several other notable changes are taking places in Google. Firstly, all searches became secure search recently and SEO managers are not getting any keyword data anymore.

Google Plus is also changing the way it operates and the way it connects a profile to a content, using Authorship. While it may take you a little to adjust to the new algorithm update, forget not to take advantage of the Google Authorship which is a one time job yielding prolonged value.

What to Expect In Near Future

It is difficult to predict as nobody knows the plans of Google except Google himself. I dare say, sometimes Google itself doesn’t know the plans and watch the trends to decide the next move. Google is indicating a clear move towards semantic search where the ‘nearness’ of any query to decide the search result will prevail.

This means Google will try to understand more and more of the contextual meaning and the feelings of the user when any conversational keyword is used.

As can be understood, the keywords, which were known as long tail primarily, will be affected more. The Google Hummingbird Algorithm is already having a noticeable effect on search results. Google already is saying that this update will have effect on 90% search queries.

Google will push hard towards a world where content are the king and this means there will be changes you need to incorporate in your operational and technical standpoint. The user experience is going to be better and smoother in all probability with Google guessing our intended information much better.

How Get More From Your SEO

Why I Chose Rev Voice Recorder Over All the Other Apps 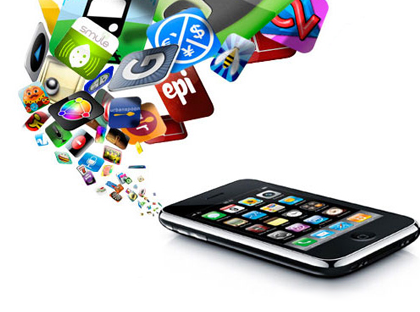 These days’ iPhone applications are an indispensable part of any business. The reasons are not far to seek:…

If you have decide to create your first blog on Blogger. It has a simple and fine interface…

Add Yahoo Messenger to your Blog & Chat With Visitors!

Yahoo! introduced Yahoo! Messenger 9 and a new service called Pingbox which is like a live chat box…