Since its foundation in 2000 as an online response to the Yellow Pages, Google AdWords has since enjoyed unrivalled levels of success as the most popular and profitable advertising platform for PPC managers the world over, earning Google a staggering $28 billion in 2010. The first port of call for all levels of ad distribution for companies of all industry sectors, a large part of AdWord’s success lies within its clean and clear layout. Understandably, following such steep progression, new features have been added to the device along the journey, leading to the inevitable outcome of a somewhat muddled and confused appearance. In order to restore AdWords with its original reputation as an easy to use, straightforward platform, Google took the decision to redesign the format, requesting feedback from users along the way as it made its final adjustments, and now the new interface is live and ready to be viewed.

What are the new changes in Google AdWords ?

It may not have even occurred to some web marketers that the layout could do with a transformation, as there doesn’t seem to have been many reports of any major problems with its appearance, but having experienced these new changes, it is true that the new interface is noticeably clearer and more concise-looking, enabling users to find the most important information quickly.

It is also obvious from the new look that Google has taken care to gain the right poise between creating a new improved format and trying not to disrupt what people are used to. Obviously aware of how people are often reluctant to adjust to interface changes (we only have to look at Facebook to see this), the company has kept the most important elements where they are normally found, whilst also introducing re-designed tabs, buttons and graphs.

What reception are these changes likely to receive?

However, the more interesting topic that arises itself here is not so much what these changes are, but how well they have been received by the people that matter. One of the most significant differences as well as one that appears to have received the best reception is the campaign types feature. Accessible through the “+ New Campaign” tab, this allows users to decide the type of campaign they wish to create and then tailor their findings to be more relevant, generating a more efficient and time-effective experience.

The other most prominent change to AdWords, can be seen within the history graph. There have been a few negative comments already surrounding the new graph layout, particularly aimed at how the text is harder to read and how the user of colour has changed.

It should be remembered nonetheless that this is criticism is being directed at a relatively small section of the whole development and that the interface has only been recently introduced. It remains to be seen how prolonged use of the device brings more feedback. Ultimately a minority of PPC managers aren’t going to have much of an impact on the most popular ad distribution platform.

Useful SEO tips to fight back after Google Panda Update 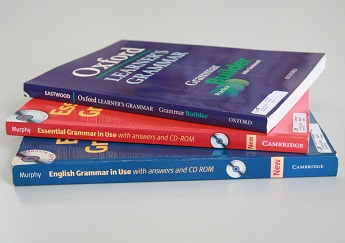 Since starting a blog is pretty easy and, depending on your platform, free, many people have jumped on…

If you observe people in public places these days, there are good chances that you saw someone browsing…