What is the Best Social Media Platform for Your Business?

Any businessperson in today’s fast-paced, technologically-advanced climate might do well to consider transforming their business into a legitimate, recognizable brand through the use of social media advertising. With billions of people connecting to social sites through a variety of devices, much of society pay bills, play games, entertain themselves and shop via the Internet. Tapping into these markets can be very lucrative.

You can find material all over the Internet that was specifically created to directly compare different social media platforms, and the information is informative and reliable. However, for this article, we’re going to skip on the side-by-side comparisons. Instead, let’s have a look at the most superior site, and discuss why it’s the best platform for businesspeople.

The Superior Platform, and Why It Wins Out

When the Internet first burst onto the scene, a common chat room was the king of all social media. Only a few short years ago, a social site like MySpace was king of the mountain, with content directories and glorified blogs acting as the runners-up in social dominance.

These days, directories are where content goes to die, and MySpace is a poor man’s iTunes. Since around 2008, give or take, Facebook has been the single-most dominant presence in all of social media.

As far as a business goes, Facebook bests the next closest contended by leaps and bounds. This social media platform offers a slew of features, a streamlined interface, a no-muss look and feel, mobile integration, network-building features, and so much more.

Other sites, while popular, are typically one-trick ponies; at best, they can do a really cool trick, and a half of another that relies on Facebook. Facebook, on the other hand, is able to act as the social hub from which your entire campaign is linked together and carried out.

The devil is in the details, and Facebook proves quite sinister when it comes to the many reasons why it stands out above the competition.

With social sites prior to Facebook, advertising was important, but it was also blatant and intrusive. Facebook created a unique setup that allowed a brand to have a page, like a user has a profile, and to participate in the social experience alongside others.

The ability to construct a clearly defined and unique brand image allows a business to stand out, to gain traction and trust, and to have an all-in-one setup that allows the site to be used like a blog, a message board, an advertising platform, and basically anything anyone needs it for. If it’s a brand you want to get across, your options are plentiful.

2: Engaging With an Audience

Facebook’s News Feed is also unique to every other social site. When someone becomes a fan of your brand page, there is a great chance that they’ll also start seeing your updates displayed directly on their page. This type of connectivity is convenient for friends; you can keep up socially. For businesses, however, it’s revolutionary.

Being able to Like, share and comment in a back-and-forth fashion also allows brands to present a very personal persona to their audience, and also allows for reach through the friends-of-friends factor.

Over a billion people are currently using Facebook, and the site—the network, more aptly—is expanding in territories where the idea of social media is just starting to take off. Areas of Africa, the Middle East, South America – Facebook’s global potential is quite astonishing when you consider that many people in these undeveloped places consider Facebook to be the Internet, full stop.

While these people probably aren’t going to become customers, of course, it still goes to show just how massive the network is. There’s no signs of Facebook fizzling out.

Facebook, as a social media platform, can act as your central location. The interlinking potential allows you to drive traffic to and from Facebook using a variety of post formats, and also a variety of social buttons that can be placed on your social sites.

Although this particular feature really started to take off when Google went crazy with their purchases, like Blogger, Facebook has taken the idea of interconnectivity within social sites to new heights. Basically, many sites have actual Facebook interactive controls rather than just a button.

If you wanted to accrue new signups and leads for your marketing funnel, you would obviously dangle a carrot out there to induce action. Facebook allows you to create and operate such methods without ever having to go offsite. You can create and run contests and promotions easily and effectively.

Of course, the fact that Facebook’s interconnectivity features make it easy to go offsite and to share and gather traffic is just icing on the cake.

Perhaps the area where Facebook excels the most is with its various ad formats. From Sponsored Stories that span out and reach friends and friends of friends, to Promoted Posts that revitalize already popular content and expand the breadth of exposure, you can reach a multitude of people.

Along with the varieties of ads, there are also third-party applications out there enabling greater advertising effectiveness. The fact that Facebook has complementing features that help you cut costs and reach a broader audience really bodes well for the network, and it bodes well for your brand.

This isn’t a fan puff piece for Facebook; it’s simply a realization that, in terms of social media sites to choose for your business, there’s only one that offers such a broad range of features. Facebook definitely isn’t the only social network you should use, but it is the most important social platform for your business.

Most Popular Types of Hosting Solutions 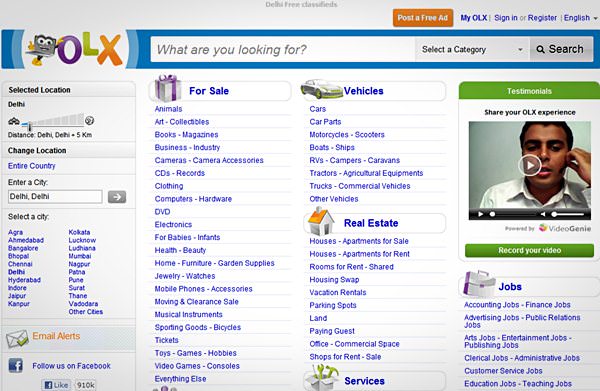 Shopping online in India is on the boom. The rapid increase of eCommerce sites and free classified sites…

Top 5 Tips On How To Get More Followers On Twitter

Social media has become one of the most effective channels of communication. Thousands and thousands of people sign…

Today I will explain that how  to get more Followers On LinkedIn. Just a while ago, HP or…