If you’ve ever been forced into wrestling an iPhone from the hands of a small child or had to resort to wiping grubby fingerprints off your touchscreen, you’ll know just how much kids love to play on smartphones. The accessible operating systems and intuitive touchscreen displays mean that even toddlers can pick them up and play, and there are thousands of child-friendly apps.

With their simple controls and fast-paced game play, racing games are a particular favorite among young gamers. Many racing games are available, but these diverse selections of titles from iPhone’s App Store are sure to keep younger audiences entertained for hours.

Need for Speed Most Wanted Kids can’t be expected to take control of a racing game without wanting to cause a little bit of road rage. The latest game in the popular racing gaming franchise, Need for Speed Most Wanted encourages reckless driving and eliminating the opposition.

Using either tilt or touch controls, players take to the streets to nitro boost past the opposition and avoid pursuing police cars. With realistic graphics, slick controls and dozens of cars to test drive, Most Wanted is one of the best racing titles available. Kart racing games are a firm favourite among gamers, so it’s no surprise that there are plenty of different titles available for the iPhone. Sonic & SEGA All-Stars Racing easily leads the competition with its enjoyable gameplay and fun graphics.

Featuring past and present characters from SEGA games like Sonic, Golden Axe, Super Monkey Ball and, most surprisingly, Football Manager, players can shunt and shoot the opposition with unique power-ups and crazy vehicles. With 16 different race tracks and three Grand Prix cups to compete in, All-Stars Racing offers hours of arcade fun. While other racing games are content to let players accelerate and brake around tracks using traditional means of motoring control, Slingshot Racing is determined to go in an entirely different direction. Using the iPhone’s touchscreen controls, players use slingshot hooks to propel cars around tricky corners and tight bends.

The hooks are positioned around different maps and players must quickly switch between slingshots to keep up with their fast moving cars. Holding onto a car for too long will result in it grinding along walls and slowing down while letting go too early makes it difficult to stay on course. Slingshot Racing is a surprisingly in-depth, skillful game completely unlike any other, and it can provide hours of entertaining playtime. The popular TV show Top Gear has always taken pride in mixing mayhem and motoring, and this tie-in app inspired by the series is no different. Like everything Top Gear does, Stunt School Revolution is a racing game with a twist.

Players take control of souped-up, customisable sports cars to perform insane stunts as they burn around race tracks and worldwide locations. Kids will love the destruction on offer as they attempt to best their friend’s high scores by performing crazy, death-defying stunts. DrawRace 2 is an innovative racing game completely unlike any other. Rather than take direct control over a vehicle, players use the iPhone’s touchscreen to draw a line around the race track. They can then watch their car in action as it follows this set course. The controls offer a very different gaming experience as the game focuses on strategy rather than quick reflexes. It’s a very addictive and intuitive gameplay mechanic, and it adds a puzzle-solving dimension to the game.

Younger gamers who struggle to keep up with the fast pace of other racing games may find it easier to get to grips with the unique, accessible control system.

How to Get Traffic to Your Blog from Facebook? 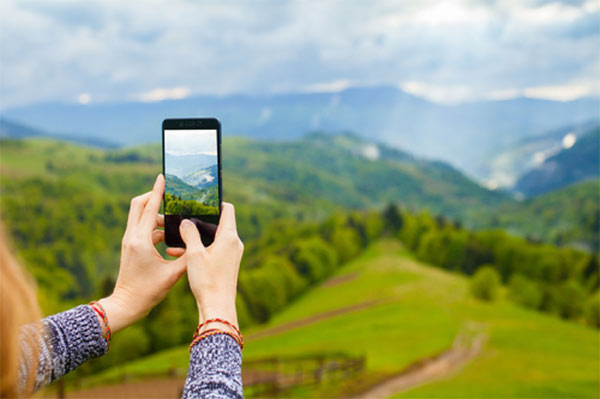 Getting a decent shot has never been easier thanks to smartphone cameras. In addition to the increased quality,…